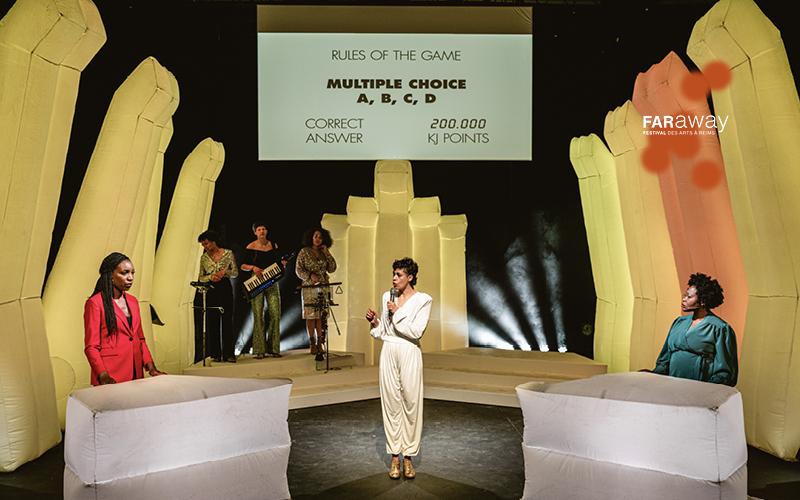 If you thought you were a culture buff, this show is likely to have you doubting your capabilities. Half Trivial Pursuit, half Who Wants to be a Millionaire, Killjoy Quiz certainly shows that we don’t really know what we think we know. In a televised quiz, hosted by Brazilian performer Luanda Casella, the latter plays the role of a killjoy or spoilsport, determined to dampen the often artificial fervour of this type of programme. By attacking the power of words and questions influenced by limiting ideologies, as well as the cult of happiness and success that colonizes our TV sets, this play challenges the lure of culture and our entertainment society. A caustic and subversive performance, inspired by the manifesto of Australian academic Sara Ahmed, it cleverly merges climate and gender issues.