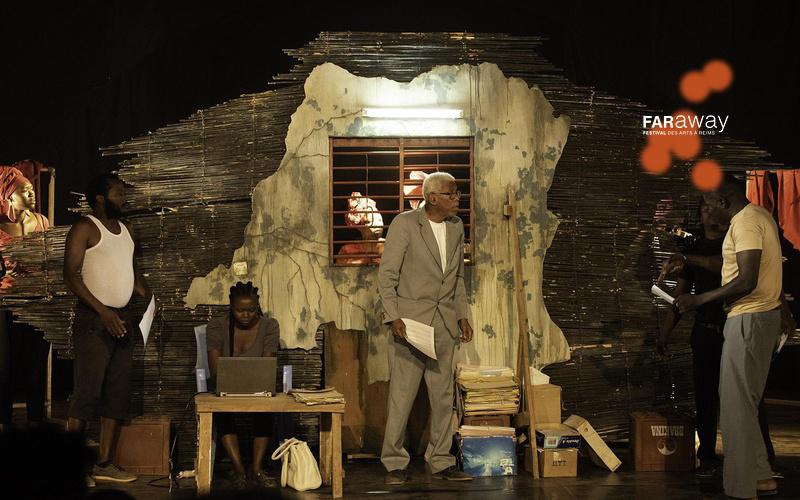 How much is a death worth? This is the surprising question debated by the community watch group in a working class area of Kinshasa. Three women and twelve men meet: a nun, a teacher, butcher, foreign exchange dealer, and refuse collector ... a whole little baroque world responding to the call of the government. The latter wants to provide compensation for a military blunder where soldiers opened fire on a crowd returning from a football match, believing them to be participating in a demonstration. Therefore, the group are entrusted with the task of evaluating how much a dead person is worth: how much should be given for a young dead person compared to an old one. Or for a dead scholar compared to a family man. Under the acerbic and humorous pen of Sinzo Aanza, this neighbourhood meeting showcases the vital importance of laughter and satire in the face of political machinations.